We see it all too often: A major corporation moves forward in their decision to acquire a company for their intellectual property and then investigates the IP involved. Because this is simply the way acquisitions seem to occur, the process has become almost predictable. However, there are so many different potential outcomes to an acquisition decision, and all of these outcomes can be determined by patent analysis.

Let’s consider a previous client, known here as MegaTech. They’re a multi-billion dollar technology corporation with dozens, if not hundreds, of product lines. Their decision to enter yet another industry had merit. Technology is growing in that particular field, and MegaTech is known as one of the foremost names in technology. It seemed like a wise decision.

However, only after they began the acquisition process did they consider analyzing the patent portfolio of the company they were buying. While there were no major snafus that proved the purchase a bad idea, MegaTech did miss out on several opportunities to strengthen their position as the buyer. Here are six ways IP intelligence could have informed their acquisition decisions.

Without a detailed analysis of the patents within the portfolio of the company being acquired, MegaTech had no idea if their purchases were of good quality. A quick iScore search could have analyzed and provided qualitative data for the patents within.

Our analysis doesn’t stop there. When determining the quality of the patents, we also determine if the patent is broad or narrow, and if it has any structural flaws that could lean to litigation.

There are a lot of opportunities for big mistakes without these steps.

After scoring the patents in the acquisition portfolio, we then determine the relevance of those patents. Are they key to MegaTech’s ultimate goal, or are they essentially dead weight that must be maintained?

Maintaining a patent can be expensive. Every three to four years, more fees must be paid in order to keep those patents alive. The longer a patent is held and maintained, the higher the fees can soar. If the acquisition target possesses several patents that do not support MegaTech’s products, services, and innovation strategy, why not negotiate lower prices?

Of course, if irrelevant patents were discovered during the analysis process, rather than entertaining maintenance fees for years to come, MegaTech could also have developed a monetization plan. Excess patents that don’t serve the company’s end goal could be sold or licensed to other companies as a way to mitigate the cost of the acquisition.

IPVision could help determine which of the patents offer the best monetization results and then identify potential purchasers. In the end, the acquisition could have cost MegaTech a fraction of the original price.

With these questions answered, MegaTech also may have benefitted from a full scope view of the technology landscape. An understanding of what competitors are doing now and plan to do in the future could have shaped MegaTech’s acquisition decisions.

Perhaps they might have found a competitor with the ability to block their movements before the acquisition could even get off the ground. Maybe they could have found themselves in a bidding war over intellectual property that might not even advance their innovation strategy in the end. Without a comprehensive study of the technology landscape, they missed any chance to discover these possibilities before making a massive investment.

Keeping an eye on the competition is imperative during the IP acquisition process. Another company we worked with—not MegaTech, but maybe HugeCorp—had the chance to purchase a large patent portfolio. Not only did they not have iScore at their disposal, so their analysis of the patents took months instead of days, but they also didn’t watch for competitors while they were making their decisions.

Before they could finish the analysis of the portfolios, a competitor bought several key patents and then sued HugeCorp for infringement of those patents. Whoops. The very same thing could happen to MegaTech during their acquisition attempt, but not if they put IP first.

Now, we’ve already assured you that MegaTech has so far managed to get through the acquisition process without any major snafus. Sure, they’ve missed some opportunities to save money and to protect themselves from future problems, but so far, so good.

What happens if they complete the purchase and discover the intellectual property they’ve purchased doesn’t fully meet their needs? What if they could have saved some money during the purchase process by negotiating on weaker patents and monetizing the irrelevant patents? Then, they could have purchased additional intellectual property from other entities to support and grow their innovation aims.

IPVision can help identify and locate supporting intellectual property during an acquisition so that you emerge from the process with everything you need to grow. Don’t miss out on cost-saving benefits that patent analysis can provide, and don’t settle for basic IP analysis services. Let us help you attain and maintain an unfair competitive advantage. 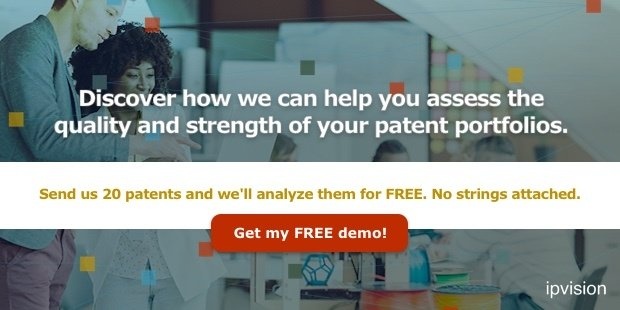