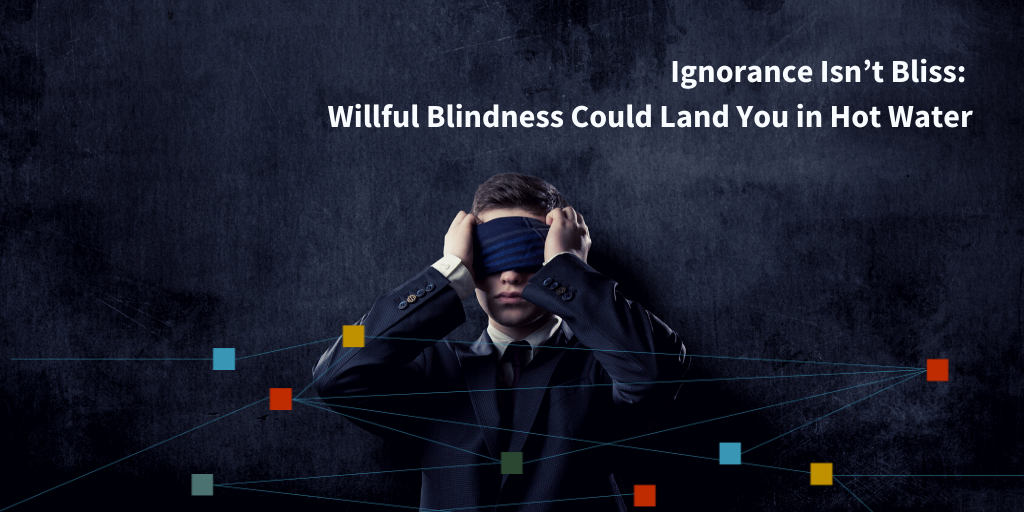 This may seem like a ridiculous hypothetical, but let’s run with it. Would you allow someone to lead you to an area near cliffs and then blindfold you? Even the biggest fan of extreme experiences would take issue with this scenario. There’s a nearly 100% chance you’d fall off one of those cliffs if you decided to keep moving once you had the blindfold on.

And yet, business entities will allow their patent lawyers to essentially blindfold them just before they prepare to march toward impending doom.

One of the most common business applications for IPVision’s services is the investigation into the current technology surrounding the space where a company intends to create new products. It’s a wise move to determine the amount of space available within the patent landscape for innovation and can not only help companies avoid future infringement charges, but can also illuminate potential new paths for product development that were previously undiscovered or underused.

When you consider the many and varied benefits of patent landscape analysis, choosing to avoid such an investigation really does seem folly. Ignorant, if you will. However, many patent attorneys within enterprise-level corporations—and perhaps even well-funded startups—avoid this particular investigation in the hopes of avoiding civil or criminal liability through a policy akin to “plausible deniability.”

In other words, if they simply didn’t know they were infringing upon current patents, then could they really be held responsible?

No Such Thing as Plausible Deniability

A good-faith effort to analyze the current patents within the space you hope to innovate is just good business sense. Of course, even with the most rigorous of investigations, infringement suits could crop up. Armed with the information you gleaned from your advance research into the existing technology, your legal team has a better chance of building a defense.

Simply claiming that you had no knowledge because you chose not to acquire that knowledge, however, could very well net you with a charge of willful infringement, which can result in enhanced treble damages, plus attorneys’ fees. In 2010, the Supreme Court set the precedent upon which several other judgements have since built with the Global-Tech Appliances, Inc. vs SEB S.A., where the court stated, “willfully blind defendant is one who takes deliberate actions to avoid confirming a high probability of wrongdoing and can almost be said to have actually known the critical facts.” Or, there is no such thing as plausible deniability.

By choosing to avoid investigation into the current technology, you’re basically stating that you already know what you’ll find, and what you’ll find won’t help you move forward with the development of your products.

Making Use of Competitive Intelligence

Rather than adopting a policy of sticking your head in the sand, your company would be better off choosing a policy of competitive intelligence, or using patent analysis to stay ahead of your competitors rather than infringing upon their technology.

By conducting patent searches to discover the white space available, you can do one or all of three things:

Aren’t all of these things better than choosing willful blindness in an effort to simply remain equal to your competitors? Especially when that policy could most certainly backfire on you in the long run.