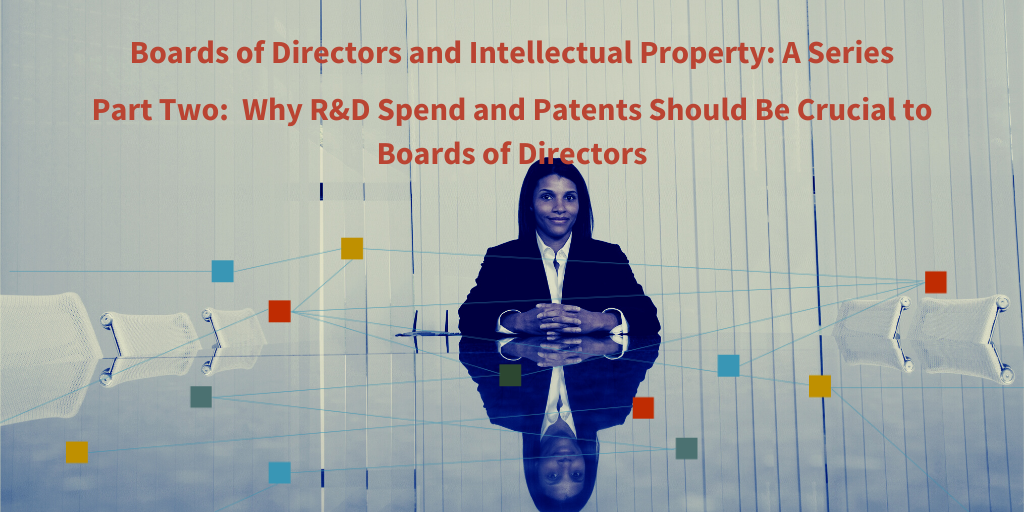 More recently, in say, the last decade or so, IP strategists have begun to emerge to provide information and education on how intellectual propertyshould be protected and potentially monetized. Though board members still aren’t getting their fingers in there, the noses are perhaps beginning to sniff out the potential of intellectual property as a lucrative asset for their companies—or perhaps a liability, if not managed correctly.

In many cases, intellectual property could be a company’s most valuable asset—tangible or intangible. Attempts to measure and manage IP have been varied, from ratios to peer comparisons, and then a lot of in between. Then, of course, there’s the question of how many innovations are resulting in income.

Think of your intellectual property as pieces of real estate. That real estate, and the acquisition of it, requires strategic planning in order to develop it into something of value for the company. Otherwise, it’s essentially useless and most likely a drain on your resources. This is why research and development strategy is important.

How Much Does the Company Spend on R&D?

The first measurement, and perhaps the most common, is the amount spent on research and development of new innovations. By discovering the commonalities between the amount spent and the amount earned through the sale of new technology and/or products, you gain a better perspective on the overall investment into intellectual property and the return on that investment.

Answering a few specific questions will get you on the right track. First, examine overall spend in absolute dollars. What is your overall output before any other considerations are made? When comparing this to a real estate purchase, you might think only of the purchase price—how much money you’ll put into the property without yet thinking of what you might later get out of it.

Is the Company Spending An Appropriate Amount on Research & Development?

Is that amount appropriate, or are you overspending for that property? How could you determine if your expenditures are appropriate for the property you receive in return?

The first and most common step is to compare that expenditure to those of your peers. In real estate, this would be called a comparative market analysis (CMA), wherein you compare the size of the property, its improvements, and its potential to other comparable properties. It’s the easiest way to get an idea if you’re overpaying for your property.

Let’s look at an example. This chart is the absolute R&D Expense in Millions of Dollars for a group of companies in the electronics industry:

Broadcom and Texas Instruments are spending significantly more on R&D than the other companies and Broadcom has been increasing its spend rate rapidly.

Absolute R&D Expenditures is one thing.  Over the ten-year period shown, Texas Instruments spent about three times per year as much on R&D as the average of the rest of these companies. R&D Expenditures as a percent of revenue is another view:

As a percentage of revenue, Texas Instruments’ R&D spend was actually less over the 2007-2015 time period than the other companies:

Take some time to examine the amount you're spending on R&D as compared to your competitors. In later articles, we'll apply this knowledge to the number of patents your company obtains as a result of your R&D spend, and how those patents translate to products.