Unless you’ve been living under a rock, you’ve heard of the latest craze in the world of toys—the fidget spinner, a gadget that looks like a tiny ceiling fan and reportedly alleviates feelings of anxiety or restlessness in its users.

The craze is real. Millions of these mesmerizing gadgets have sold, and videos of children (and adults) playing with them have dominated social media in the past few weeks.

For the average observer, it’s another wave in the cultural sea.

For inventors, however, the story of the fidget spinner should serve as a stern warning—on both the dangers of letting your patents expire and not knowing just how great an idea you have in the first place.

In 1993, Catherine Hettinger (a chemical engineer and inventor) was battling an autoimmune disorder, which made it difficult for her to play with her young daughter. In an attempt to bond with the little girl, Hettinger invented a circular, plastic toy that spun on the tip of a finger. Hettinger applied for a patent on the toy the same year, receiving patent approval in 1997.

As Hettinger shopped the toy around conventions and even pitched it to Hasbro, Inc., (who market tested it and ultimately declined), it became clear that the invention wasn’t going to take off. So she let the patent she had received in 1997 expire early, in 2005.

In 2016, the fidget spinner, a toy similar (but certainly not identical) to Hettinger’s, hit the market—and less than a year later, they’re the hottest toy item in the country. Some variation of the fidget spinner holds the top 3 highest-selling toy slots on Amazon.com.

And while Hettinger was, for a while, erroneously cited as the toy’s inventor on Wikipedia, the story of her toy’s patent (and subsequent expiration) provides several important lessons for inventors and holders of intellectual property.

“This is Way Beyond Me”

When asked whether or not her original patent covered the design of the current fidget spinners on the market, Hettinger seemed flummoxed.

“You’re going to have to call a patent attorney. This is way beyond me,” she said.

Hettinger’s inability to say whether her patent covered particular designs or features is common among inventors. Many simply don’t have the time or the knowledge to study the complex landscapes surrounding their patents.

What’s more, many free patent databases are confusing and provide an incomplete picture of a patent’s history and any related patents. Some don’t offer the most accurate and up-to-date information; others are slow to load and difficult to navigate.

Similarly, many inventors have limited financial resources. They’re juggling several potential patent ideas, with only enough funds to patent a select few. Many inventors are forced to choose the ideas they patent with only hope and a prayer to guide them. And then, when it’s time to renew old patents, they often let them expire, with little-to-no knowledge about the current patent landscape or the potential value of their idea.

Other inventors make the risky financial decision of renewing patents that have little potential, with money that could be better used elsewhere—and sometimes, these decisions lead to serious financial difficulty or even ruin.

The Dangers of Patent Expiration

While it’s true that the current iteration of the fidget spinner isn’t incredibly similar to the toy outlined in Hettinger’s idea, the importance of patent maintenance remains front and center.

Hettinger’s patent was approved in 1997. Even if she hadn’t let the patent expire in 2005, it would have expired indefinitely in 2014. Even so, Hettinger missed out on almost 10 years of exclusive rights to her idea, and the possibility of building that idea into something profitable and relevant in today’s toy market.

Not only was Hettinger not able to observe the patents that related to her invention, she wasn’t able to see the toy’s steady rise to prominence. With no skin in the patent game, Hettinger had no idea how profitable it could be to build upon and patent a newer version of her original idea. If she had known what was happening with the fidget spinner in the patent landscape, might she have had a shot at some of the financial rewards of the toy’s success?

Perhaps we will never know.

Patent Research Tools You Can Trust

When your patent has the potential to dramatically impact your livelihood or the course of your career, you deserve patent information that is accurate, thorough and trustworthy.

IPVision has several resources available to help inventors determine their patent’s potential (or lack thereof). Our free online database, see-the-forest.com, is unique in that it offers a patent’s entire profile, from parent and child patents to any citations of prior art.

The information isn’t relegated to the United States, either—see-the-forest.com provides information from the International Patent Family, using data from the European Patent Office and the Espace system.

With these amazing tools at your disposal, you can allocate your patent funds more wisely and stay ahead of innovations that involve your idea.

Don’t watch your patent expire without knowing its value—and don’t sink money into patents that have limited potential. IP Vision can help you make informed decisions regarding your patents and your future.

Contact IPVision today for a free demonstration of our Advantage dashboard. 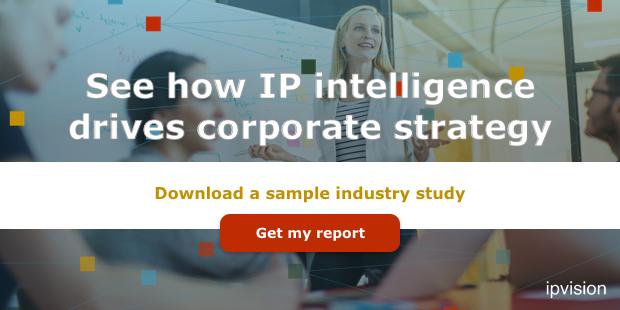