September 2020 Patent News: It’s All About Where We’re Going 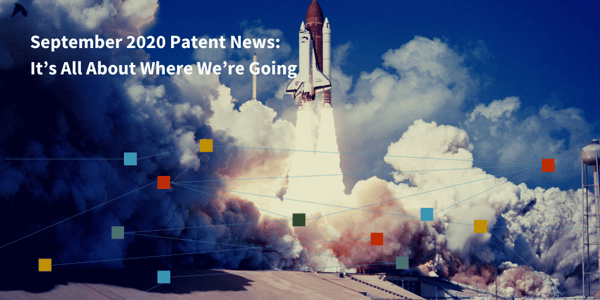 Now that many countries have lifted quarantining restrictions, the news in the world of IP focuses on how people can get from here to there. Hopefully, they will do so safely, or we’ll have to get back into vaccine watch. Here’s where the transportation industry is going.

Of all the modern advances presented to us in The Jetsons, flying cars seemed to be the most reasonable. Doc Brown from Back to the Future all but assured we would have them by now. A Japanese company called SkyDrive, Inc. has us one step closer to that futuristic fantasy come true. SkyDrive has actually begun test flights with their flying car with a single passenger.

While the head of the company has said the car currently being tested could develop into an actual product for sale by 2023, he also admitted that there will be many obstacles to overcome—such as safety, duration, and price point—before flying cars become a mainstream transportation option.

To the right is an IPVision Patent Citation Interconnection Map™ for 82 US patent applications or issued patents with the terms “battery, electric, vertical, takeoff, or landing” in the Title, Abstract or Claims.   The owners of these patents include Textron Innovations, Alaka’i Technologies and OverAir. 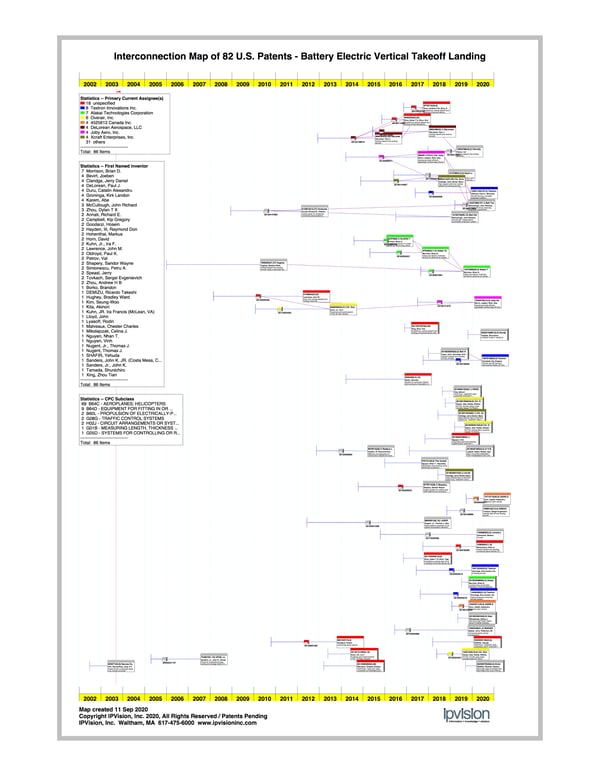 Lithium Batteries from Toyota to Change the Game for Electric Cars

Toyota has announced that they may be just one year away from introducing a prototype of an automobile with a solid lithium battery. Not only would this make electric cars safer, but more appealing for other reasons as well. A solid lithium battery could charge in 15 minutes, and could come with a 30-year warranty. Why would the warranty last so long? Due to the reduced charging time, the life of the battery will be lengthened and be more stable in the long run (or the long ride). Look for the lithium-battery vehicles on the market in 2025.

There are 37 US published patent applications or issued patents that have the phrase “solid lithium battery” in the Title, Abstract or Claims.   This is a Forward Landscape Map™ showing these 37 patent properties and the 145 patents that cite them. Toyota owns 51 of these.

If the road—or the sky—is not for you, you might want to consider the sidewalk. And how about taking your mode of speedy transportation along with you in your backpack? POIMO (Portable and Inflatable Mobility) can make that happen for you. Japanese company Mercari R4D created a light but durable polyurethane scooter that inflates in just minutes and runs on electricity. POIMO is still in development without a reveal date at this point, but now is the time to start preparing room in your messenger bag for a new means of transportation.

For those who don’t need to a vehicle to go out and do their shopping, Amazon will soon be stepping up their delivery game. After years of preparing us for watching a sky filled with drone deliveries, the day the commerce giant has promised may finally arrive. Although it may still be a few months before Americans can pick up their packages on their doorstep without watching a van drive away, the FAA (department that oversees civil aviation) has indicated that it will allow Amazon Prime Air to use commercial drones to deliver packages to addresses in the United States. This means Amazon can now begin their pilot-less test program to ensure safety of packages and recipients.

On the patent front, there are 10 Amazon US patent properties that contain the word “drone” in the Title, Abstract or Claims. Walmart is ahead in patenting drones with 80 US patent properties. Here is an Interconnection Map for the Amazon and Walmart “drone” patents.  Note the lack of “cross citations” within these patents, which often suggests a lack of a strategy of portfolio building. This map doesn’t tell the full story about Amazon’s or Walmart’s drone strategies because they don’t reveal whether these companies are partnering with third-party drone companies. 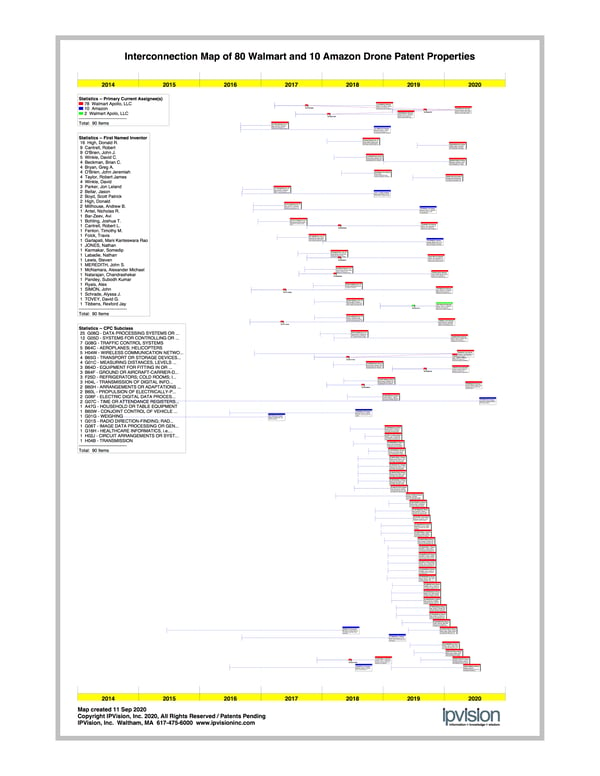 A new patent granted by the USPTO in June (we know, this is September news, but 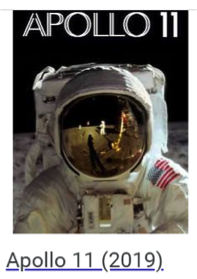 it’s cool so bear with us) covers a series of orbital maneuvers that could save NASA—and anyone else who licenses the patent—a lot of time and money the next time they take off for the moon. The technique isn’t meant for craft carrying people, at least not yet, as it’s designed for smaller spacecraft with science missions in mind.

The technique makes use of the Earth’s gravity to gain momentum in a sort of slingshot maneuver that speeds up the travel time without using a lot of the fuel. I feel like we’ve seen this in movies before…

Are you eager to see your IP moving in the right direction? See your patent take off with counsel from IP Vision.