Penny Wise and Pound Foolish Part One: Why IBM Ramped Up Their Patent Applications 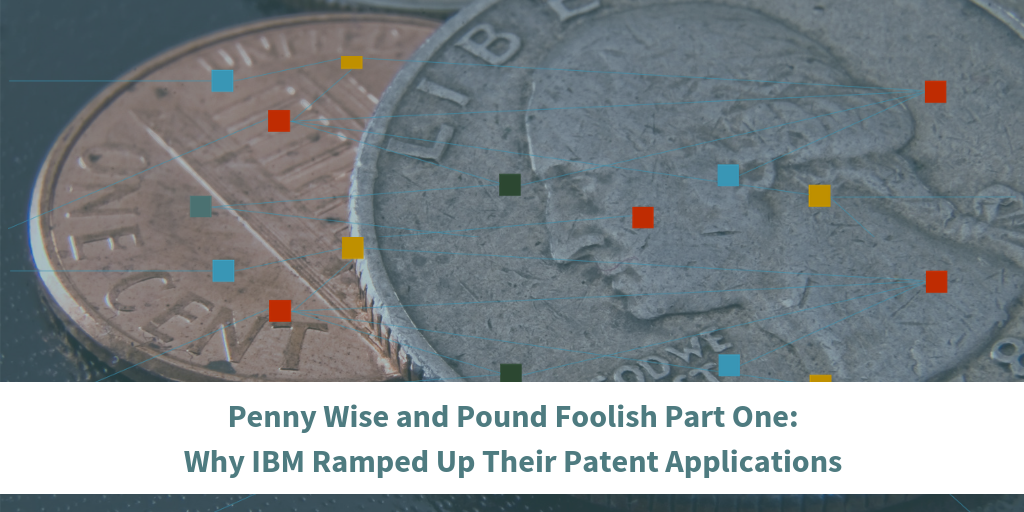 Is more always better? A case could be made that it is. Love. Money. Patience. Peace. Patents?

IBM and several other major tech companies seem to think you can never have enough patents. To them, patents = money, and we’ve already concluded that more money is always better, right?

Then why are there also phrases that warn against have too much of a good thing? Our series title, for instance: penny wise and pound foolish. Quality over quantity. Mark Twain’s famous quote, “It's not the size of the dog in the fight, it's the size of the fight in the dog.”

Which is true? We’ll explore that in this series, and perhaps you’ll walk away with an answer that satisfies you and benefits your innovation and patent strategies.

Each year, the total spent on patent prosecution is approximately $5 billion. The more patents filed, the larger that total gets. Filing a patent application can cost up to $15,000, and that’s before the cost of prosecuting (negotiating) the application with the patent office and before considering the on-going maintenance fees.

To recoup costs of patent filings and maintenance, monetization must occur.  Monetizing a patent through the production and sale of products protected by the patent is the traditional way. However, the business may decide not to proceed down the product route for a variety of reasons including market acceptance, cost or technical feasibility considerations.   How does else can patent costs be recouped? One answer: licensing.

IBM leads the nation in patent licensing, with their approximately 100,000 patents driving $1 billion in revenue each year. This has added over $10 billion to IBM’s bottom line since 1993. That’s enough to convince other companies that more patents = more revenue.

The Start of a Trend

The door to patent licensing programs opened in the 1980s when changes to patent law made patents more valuable. A special court was established to hear patent cases—the Court of Appeals for the Federal Circuit. With this change, cases were heard by patent experts, and cases where willful infringement was found were subject to treble damages.

With IBM pulling in billions through their patent licensing program and a special court to hear patent cases, other companies started getting involved in pursuing their own licensing programs.

Following the lead of IBM, other companies began filing multiple patent applications to secure intellectual property for their own use or for the purpose of licensing. The following graph shows the distinct rise in patent applications and in those issued, specifically during the 1980s. 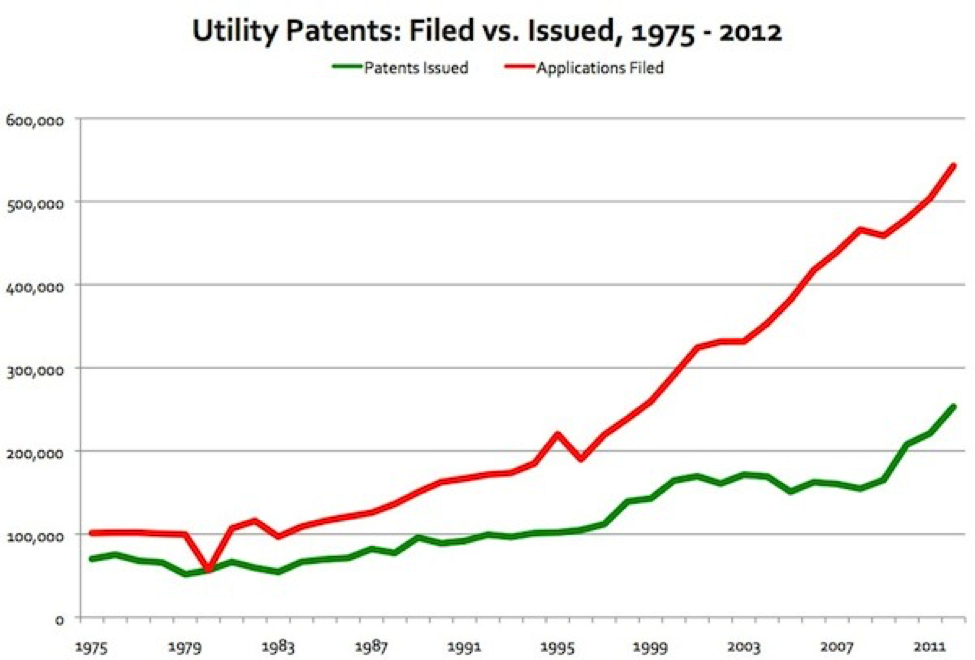 There’s just one problem: patents are expensive to obtain and maintain. During our next story in this series, we’ll explore just how expensive applying for and maintaining thousands of patents can be—as well as how entities endeavored to reduce those costs. Spoiler alert: some companies learned that their tactics for reducing patent costs led to a whole new round of problems.

If you don't want to wait for the goods, download the full ebook below.