Meet the Winner of the 2017 Lemelson-MIT Prize: Feng Zhang

The Lemelson-MIT committee has announced the 2017 winner of the Lemelson-MIT prize, Feng Zhang. Zhang is an Investigator at the McGovern Institute for Brain Research at MIT, an Associate Professor with tenure in the Department of Brain and Cognitive Sciences, and a core member of the Broad Institute of Harvard and MIT. He received his AB in chemistry and physics and his PhD in chemistry from Stanford University.

Feng Zhang pioneered three technologies that have transformed molecular biology in a very short amount of time. These include optogentics, TALE-based gene editing in mammals, and a suite of systems for CRISPR-based mammalian gene editing. In addition to these innovations for which he has been recognized with the Lemelson-MIT award, Dr. Zhang is also listed as the named inventor of 36 US patents and 68 pending patent applications.

Learn more about these patents and more by downloading our full report. You can also view these patents on the patent landscape. This IPVision patent map shows the patent properties of Feng Zhang on a timeline from left to right. Each box is a patent or pending patent with the left edge of the box aligned in time based on issue date. The lines that connect the boxes are citation references. 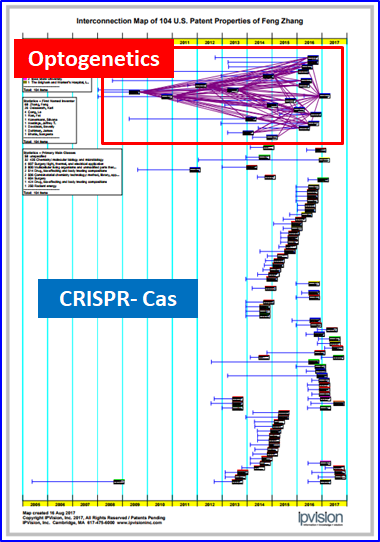 Since 2010, IPVision has provided the Lemelson-MIT Prize Committee with patent analysis reports on each of the semi-finalist and finalist nominees for the Lemelson-MIT Prize. Given the high value found in inventive activity and the disclosures and innovation incented by the patent system, IPVision is authorized to release the report on Feng Zhang’s patents to the public. Request a copy of IPVision’s report on Feng Zhang now. 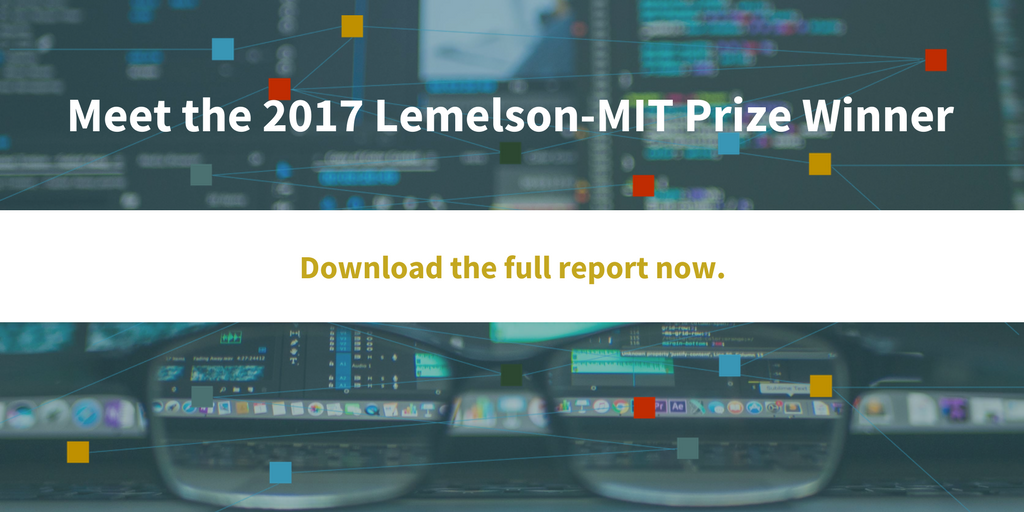