March 2021 Patent News: The Smart, the Fast, and the Adventurous 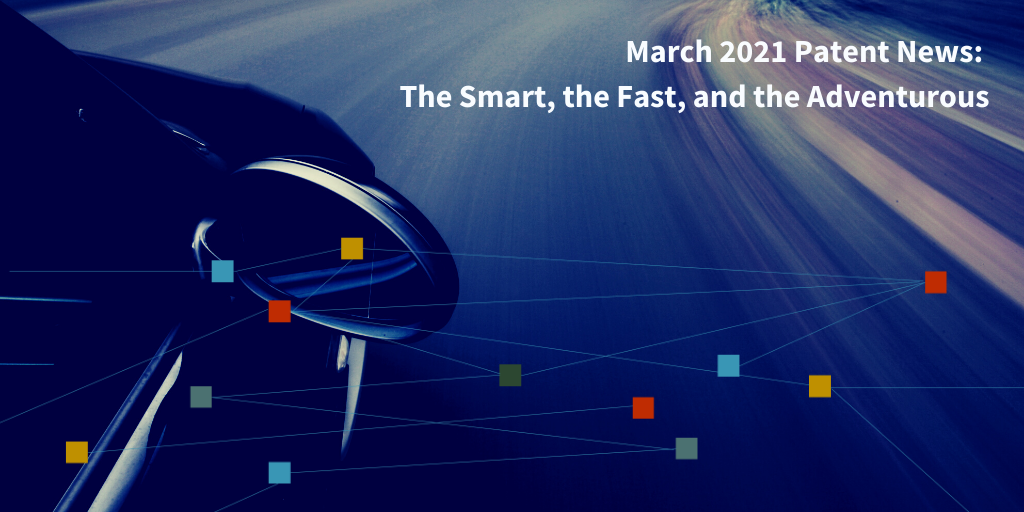 What contributes most to a modern, advancing society? It isn’t technology, per se, but rather how that technology is used. However, to have a society that thrives, a little enjoyment should be added to the mix.

From Alexa to Arianna, smart machines are quickly making the world an easier place to live. In the case of the new intelligent vase from Milan Polytechnic, we can also now be informed about the air quality right in our own backyard, so to speak. Arianna, as the machine is called, is solar powered and attractively useful. Beyond that, it traps a sample of air particles and measures for pollutants such as dust and nitrogen dioxide.

The gathered information will transfer to an app that can be accessed by the surrounding community to determine the safety of the air in the neighborhood. For especially congested areas of the world, this new smart device could be a life-saver.

Ariana is specialized in the detection of nitrogen dioxide, one of the main pollutants related to the combustion process of cars, domestic boilers and industrial activities.  This IPVision Patent Interconnection Map shows the 492 U.S. Patent Properties that contain “detection of nitrogen dioxide” in the Title, Abstract or Claims. The red box area shows the increase in pending patent applications in this area. Click the map for an interactive version.

With the speed of our world increasing ever more day by day, it is quite possible we will need faster cars to keep up with it. Scientists are on the job, working with production cars to see just how faster they can get.

Earlier this year, they broke the Guinness record for speed at the Kennedy Space Center track in Florida. An SSC Tuatara was clocked at 455.3 km/h, topping the previous record of 447.2 km/h by a German car in 2017.

The speed is attributed to a much lighter than normal frame, and components also constructed of aluminum and other lightweight materials. Moving on, now. Quickly…

Creator of the Manx, First Fiberglass Dune Buggy, Passed Away

Before the Beetles, there were the Buggies. It may seem like nothing earth-shattering in this day and age, but there was a time when off-roading meant pulling out the hiking boots. In 1964, Bruce Meyers was single-handedly able to change that. Living on the California coast, he often watched people try to drive Jeeps on the beach and fail miserably as they spit sand everywhere. He knew there had to be a better way.

After reminiscing about cars that cartoon characters drove, he designed a moldable, lightweight vehicle using fiberglass and the guts of a Beetle. This buggy was called the Manx and was much more able to play in rough terrain, such as sand. From there, Meyers sold kits for others to transform their Beetles into off-road playmobiles. At the age of ninety-four, Meyers has passed away and left a world of off-roading adventurists to thank him for his development in the industry.

As far as we can tell, Meyers did not patent his dune buggy.   There are 18 U.S. patents or published patent applications with the phrase “dune buggy” in the Title, Abstract or Claims. Here is a landscape map showing these 18 patent properties and the patents they cite or that cite them. 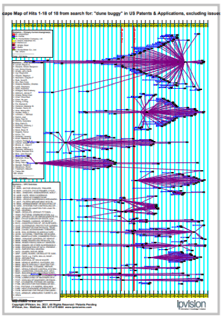 If you have IP to move the world along, or even just improve life for a select group of people, you probably need a little help getting to the next step in the patent process. At IP Vision, help is at hand for you.