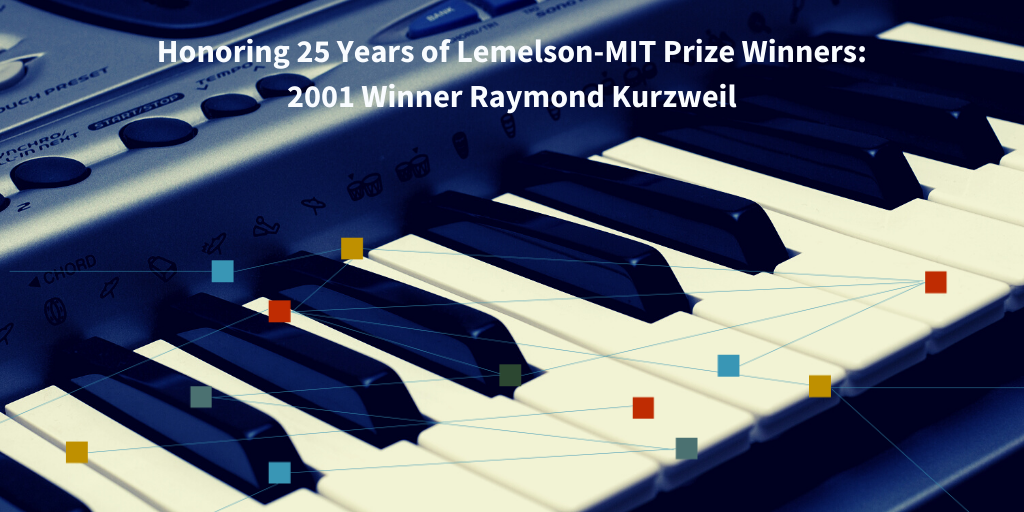 We’ll skip ahead a few years to 2001 in our short list of notable Lemelson-MIT Prize winners, as we focus on the winner from 2001: Raymond Kurzweil.

A futurist and pioneer of pattern recognition technologies, Raymond Kurzweil has enriched our society with inventions that improve the quality of life for disabled people, while also merging technology with the arts. Originally from Queens, NY, Kurzweil wanted to be an inventor as early as five years old.  By age 15, he had built and programmed his own computer to compose original melodies, for which was invited to appear on the television show "I've Got a Secret."

Kurzweil graduated from MIT with a BS in computer science and literature (1970).  He also received 11 honorary Doctorates in science, engineering, music and humane letters.

In 1974, Kurzweil founded Kurzweil Computer Products, Inc., where he created "omni-font" optical character recognition (OCR) technology. This enabled computers to read and recognize printed or typed characters, regardless of typestyle and print quality. In 1976, this revolutionary technology then helped him develop the Kurzweil Reading Machine—the first machine to read printed and typed documents aloud. For this, the first reading machine for the blind, Kurzweil was awarded the $500,000 Lemelson-MIT Prize in 2001. 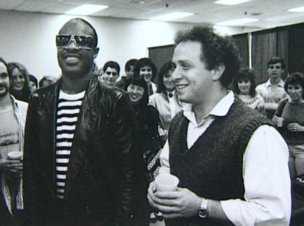 Kurzweil has written extensively about the future of computing and artificial intelligence and is the author of The Age of Intelligent Machines (MIT Press, 1990) and The Age of Spiritual Machines (Viking/Penguin Books, 1999).  He also contributed to Are we Spiritual Machines?:  Ray Kurzweil vs. the Critics of Strong A.I. (Discovery Institute, 2002). He has authored New York Times best sellers such as 'The Singularity Is Near' and 'How to Create a Mind: The secret of human thought revealed.'

In 2012, Ray Kurzweil became a Director of Engineering at Google, at Research at Google — heading up a team of engineers developing machine intelligence and natural language understanding.

Over the years, Kurzweil has received many awards and honors, including:

Kurzweil has also received seven national and international film awards including the CINE Golden Eagle Award and the Gold Medal for Science Education from the International Film and TV Festival of New York.

Kurzweil has been a prolific inventor.  When he won the Lemelson-MIT Prize in 2001 he was a named inventor on only 9 U.S. patents.   By 2019, his name was on 117 U.S. patents or published patent applications. 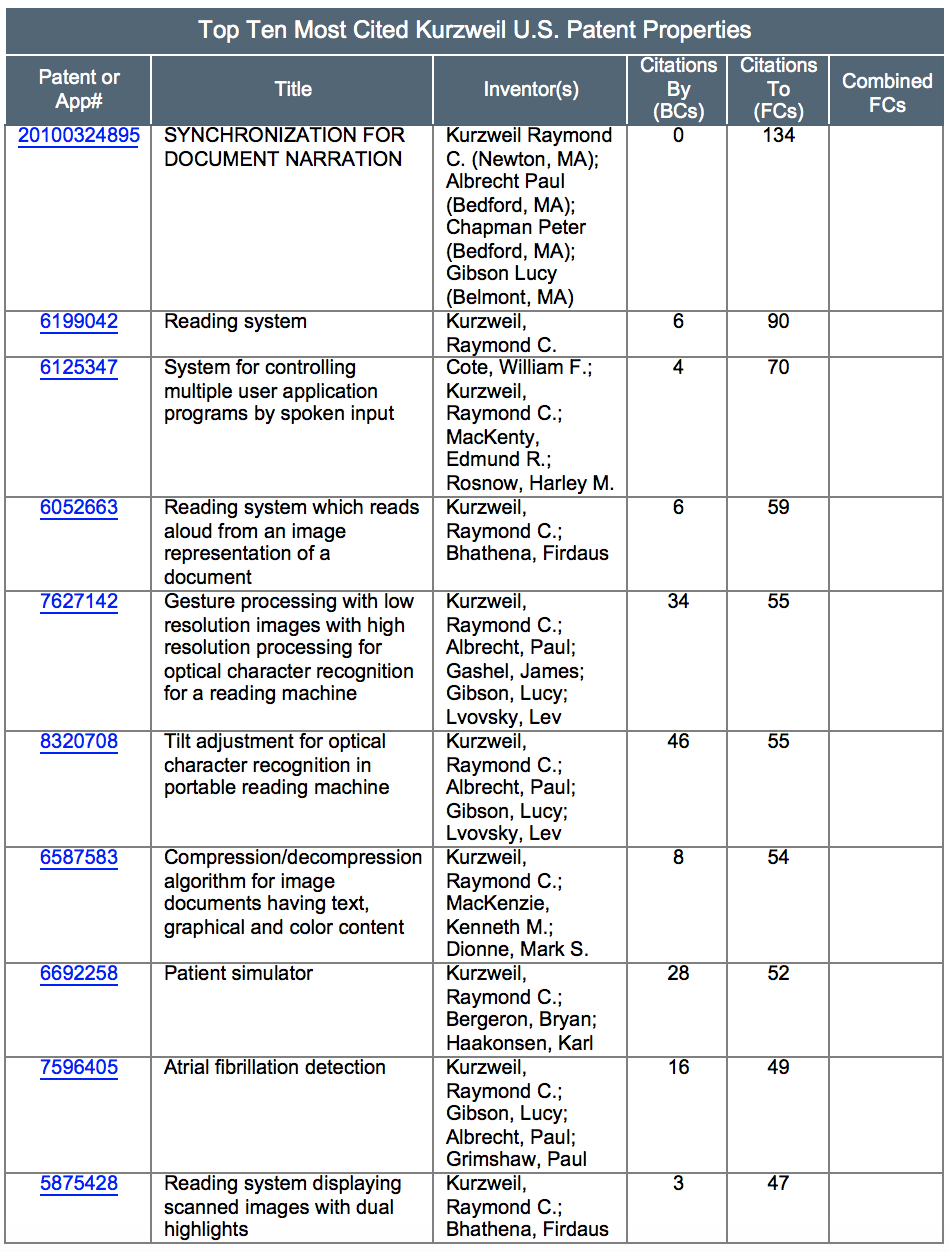 Kurzweil’s patents have been cited by 200+ organizations including Apple, Microsoft, USAA, IBM, Google and others: