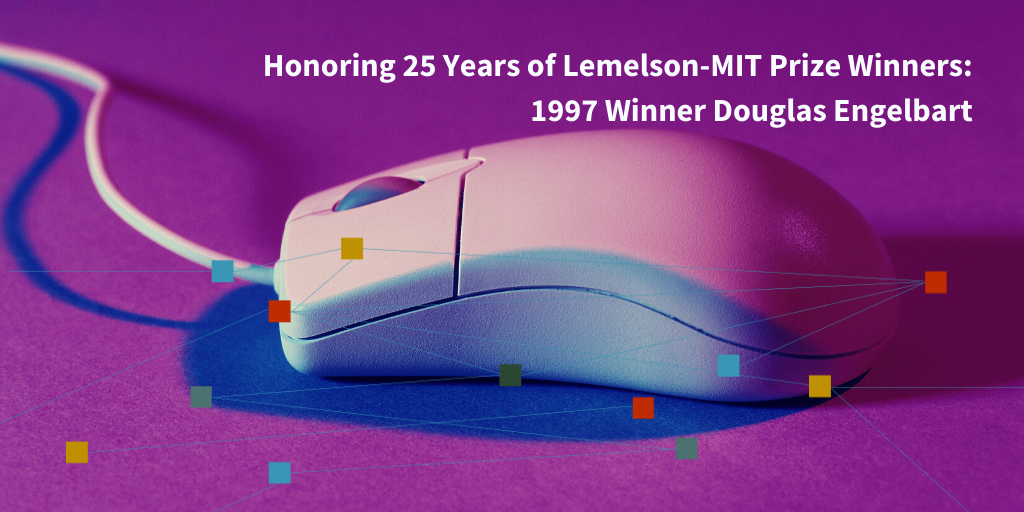 As we continue our series honoring 25 years of Lemelson-MIT Prize winners, we turn next to the winner in 1997: Douglas Engelbart. There is not a single computer user on Earth who hasn’t benefitted from Engelbart’s contribution to technology. Perhaps you’ve heard of it—the computer mouse.

Born on a farmstead in Oregon in 1925, Engelbart earned his MS and PhD in electrical engineering from the University of California, Berkeley. Engelbart was a true visionary.

In 1986, Douglas Engelbart introduced the computer mouse, hypermedia and shared screen  teleconferencing for the first time by a public demonstration. As one might imagine, this “Mother of All Demos” shook the world. More than 2,000 computer professionals at the Fall Joint Computer Conference in San Francisco watched Engelbart’s mouse-controlled cursor manipulate text on the screen.

This demonstration pre-dated the first personal computers and the first word processing software. In 1997, he was awarded the $500,000 Lemelson-MIT Prize.

Engelbart's developments for the personal computer made so many future capabilities possible.  His original windows concept inspired Microsoft Windows95, and his hypertext system advanced the World Wide Web. During his lifetime, he held 20 patents and, in addition to the computer mouse, windows, and hypertext systems, his inventions included cross-file editing, groupware, and a host of other technologies that form the basis of interactive, collaborative computing. These pioneering concepts formed the backbone of Engelbart's NLS (oN-Line System), developed at Augmentation Research Center, which he founded and directed at the Stanford Research Institute throughout the 1960s and 1970s.

Some of his many honors and achievements include:

Douglas Engelbart passed away on July 2, 2013, at the age of 88, but what a lasting legacy he left behind.  For a more complete history see https://www.dougengelbart.org/.

While his impact on innovation may be easy enough to determine, considering our familiarity with the many inventions he contributed, you’ll find his reach continues today. 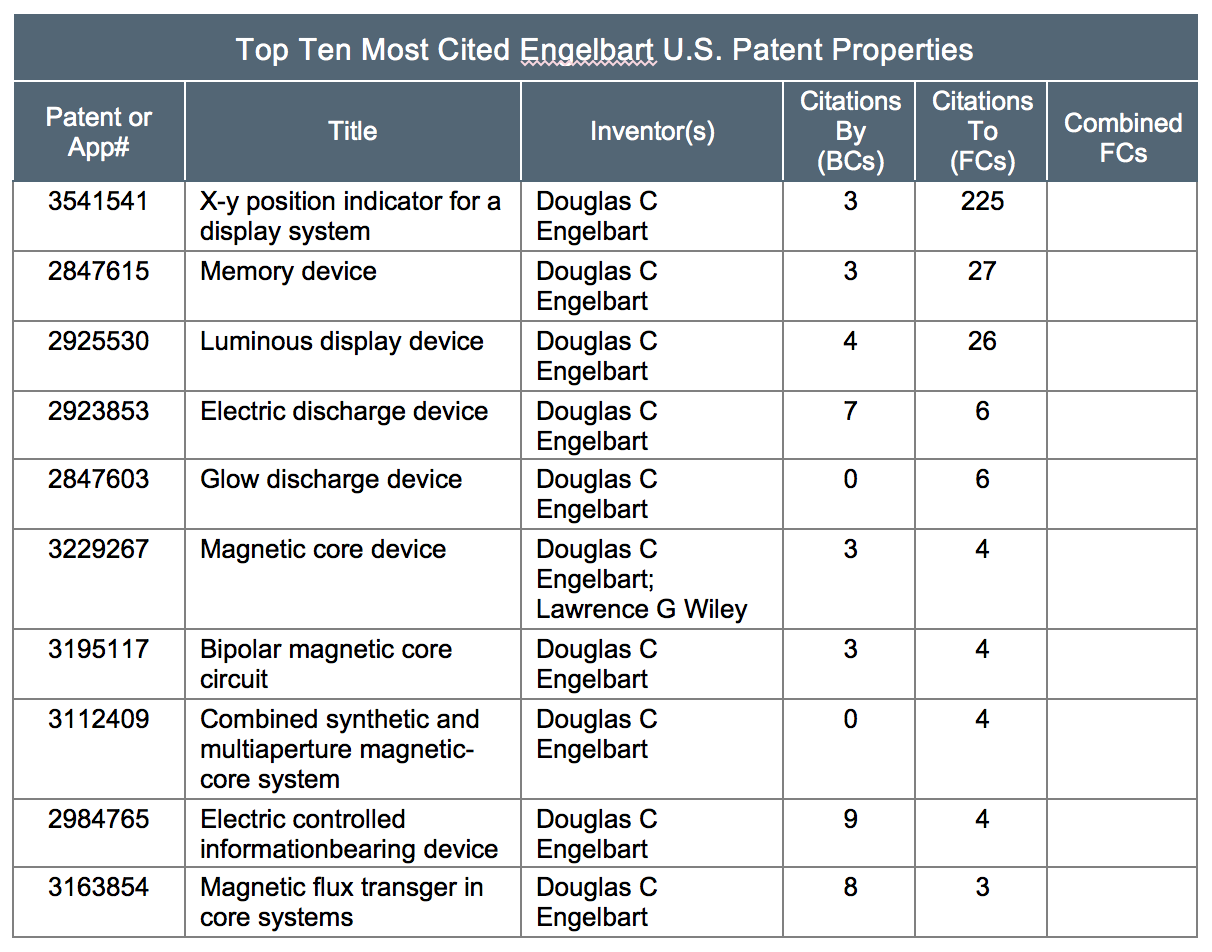