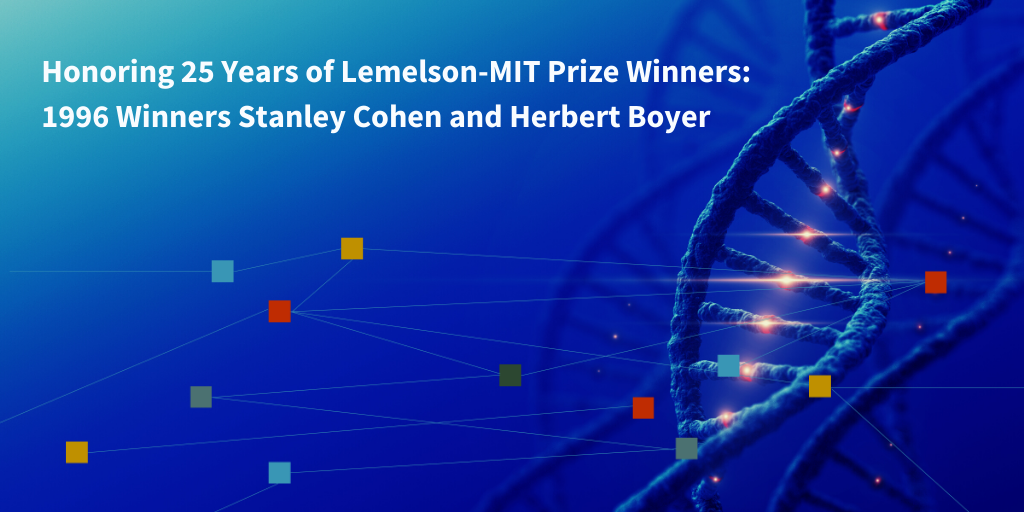 As we focus on past Lemelson-MIT Prize Winners, we turn next to the winners of 1996, who opened the door to genetic engineering. Stanley Cohen and Herbert Boyer laid the foundations for gene therapy and the biotechnology and received the top prize of $500,000 for their innovations.

About Cohen and Boyer

In 1972, Boyer and Cohen met in Hawaii while presenting papers at a conference on bacterial plasmids.

Cohen, a Stanford University professor, had been working on ways to isolate specific genes in antibiotic carrying plasmids and clone them individually through introducing them to E. coli bacteria.

Boyer, from the University of California, San Francisco, haddiscovered a restriction enzyme that cut DNA strands at specific DNA sequences, producing "cohesive ends" that could stick to other pieces of DNA.

Following the conference, while eating hot pastrami and corned beef sandwiches the two colleagues discussed using plasmids as a vector for cloning individual DNA segments. They agreed to work together, and in soon succeeded in splicing a piece of foreign DNA into a plasmid carrier, which then inserted genetic information into a bacterium. When the bacterium reproduced, it copied the foreign DNA into its offspring, acting as a natural factory producing biological substances.

As of the end of 1996 the US Patent Portfolio of Cohen and Boyer consisted of 12 US patents and no published US patent applications. 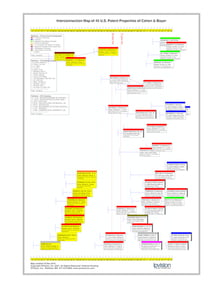 We produced two “Forward Citation Landscape Maps” for the Cohen & Boyer Patent Properties that were issued or published as of 1996 – the year of that Cohen & Boyer were awarded the Lemelson-MIT Prize.

Stanford University licensed the two core Cohen-Boyer patents in a way that enabled the biotechnology industry. The terms were generally a $10,000 license issuance fee and a royalty that started at 0.25% and went down, depending on the nature of the product that used the patented technology. Stanford received over $250M from licensing these patents.