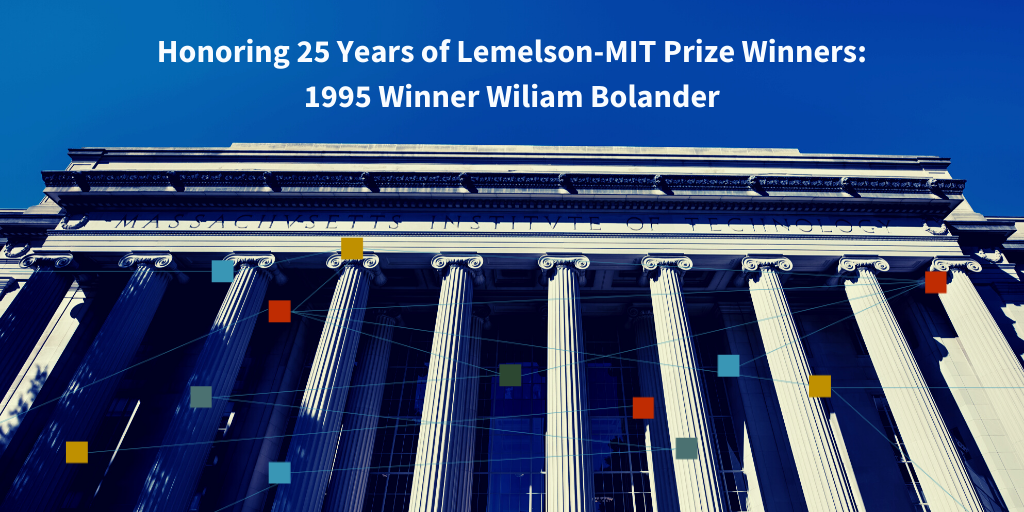 In continuing our celebration of 25 years of innovation with Lemelson-MIT prizewinners, we’ll share profiles and innovation impact of several winners through the years. It seems fitting that our first profile should be the first winner, William Bolander who took the top prize in 1995.

Bolander developed mathematical models for automotive computers. As a child growing up in Flint, MI, William helped his father fix old cars. He later joined the General Motors team, where he helped improve passenger safety and automotive performance, most notably through his limp-home technology and a traction control system.

As a developer of logical and mathematical models for computers responsible for fuel injection, ignition timing, and transmission operations, Bolander has been instrumental in keeping the American automotive industry on the cutting edge.  He manipulated computerized engine and transmission controls to develop a low-cost traction control system for Saturn cars.  He also later incorporated his college thesis design for limp-home technology into the Cadillac Northstar.  This design reduced the number of cylinders running at any one time to minimize engine damage when coolant is lost.

As of the end of 1995 the US Patent Portfolio of Bolander consisted of 14 US patents and no published US patents.

Bolander did not obtain any additional US patents following the award of the Lemelson-MIT Prize to him.

IPVision is proud to be part of a tradition of innovation with the MIT-Lemelson Prize and to share the impact these winners have had on science, the economy, and furthering life-changing inventions.