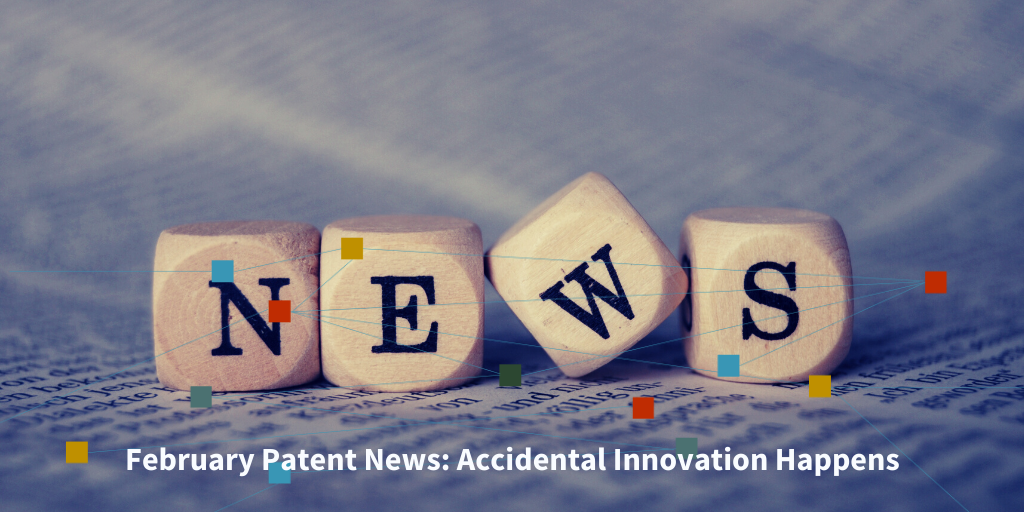 Huawei Turns the Tables with Suits Against Verizon

Often seen as the “bad guy” in American technology and innovation circles, Chinese telecommunications giant has turned the tables with two patent infringement lawsuits against Verizon Communications. Huawei claims that Verizon has profited greatly, in the amount of $29.8 billion, from the use of the technology Huawei claims to own.

It’s worth noting that, despite Huawei’s reputation as the bad guy—or the IP thief, to put it plainly—the tech company actually owns a stunning number of patents, totaling 80,000 worldwide and 10,000 in the US, and has spent about $70 billion in research and development over the past decade.

A Pair of Apple Patents 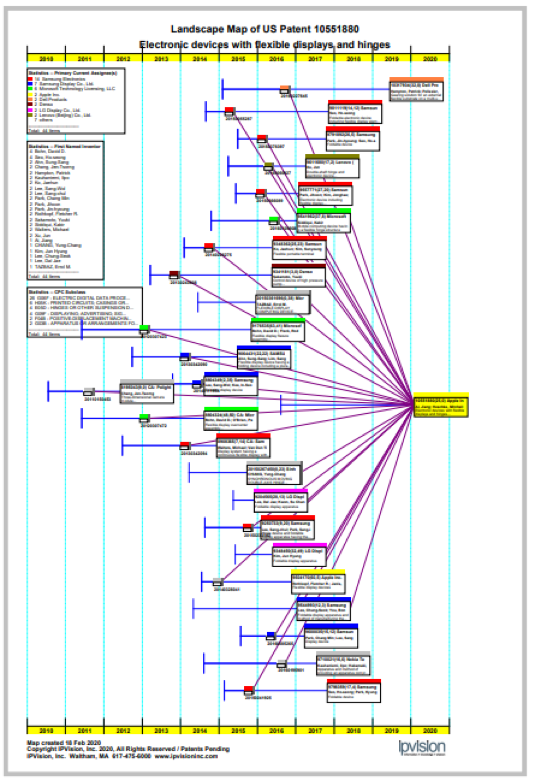 The new Apple patent cites 25 other U.S. patents or applications as prior art, including 21 Samsung patent properties shown in red or blue on this IPVison Single Patent Landscape map.

Also this month sees the publication of an Apple U.S. patent application made in November 2018 for their Apple Watch with a Touch ID sensor. This would work in a similar fashion to the Touch ID sensors that were once found in the power button on the iPhone. As of now, users must enter a PIN or unlock their iPhone, which in turn unlocks the Apple Watch.

Again, we rarely report on pharmaceutical patents, but this one is particularly newsworthy, given current events. Trials have begun in China with a drug called Remdesivir in hopes to find a treatment for the coronavirus epidemic that has affected over 28,000 people in China, and more in 24 other nations. Chinese researchers have called up the American company, Gilead, to experiment with their antiviral drug. The drug was tested previously on Ebola virus patients without success, but not on human coronavirus patients in China. However, the results of Remdesivir were promising in mice and monkeys.

There are 11 Gilead U.S. patents or published U.S. patent applications that mention ebola.   Here is a One Level Forward IPVision Patent Landscape Map of these 11 patents:

Many scientific advancements come by accident. A new type of bandage, while not as earth-shattering as the discovery of penicillin, is our latest example. A team of researchers at ETH Zurich and the National University of Singapore were trying to create a material to coat medical machinery such as blood pumps that would repel water and blood. As they were working, they came across a material that not only repelled liquid, but also aided in the clotting process. As the material is also anti-bacterial (since bacteria can’t reproduce if it has nothing to hold onto), this material became ideal for bandages that promote quick healing and no secondary bleeding upon bandage removal.

Interestingly, a search of the U.S. patent database for “carbon and nanofiber and blood and clot” yields an April 2018 Harvard patent: U.S. 9932484 Slippery liquid-infused porous surfaces and biological applications thereof which, among other things, states, “Specifically, the slippery surfaces can be applied to medical devices and equipment to effectively repel biological materials such as blood, and prevent, reduce, or delay coagulation and surface-mediated clot formation. Moreover, the slippery surfaces can be used to prevent fouling by microorganisms such as bacteria.”  Here is an IPVision Single Patent Landscape Map of the Harvard patent: 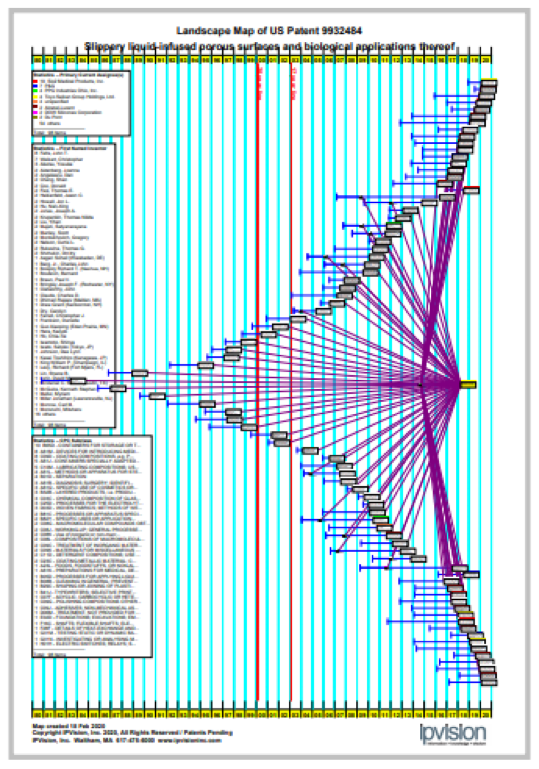 Here are the companies on the map:

As you can see, IP touches many facets of life. If you would like guidance as you develop your ideas, help is here. Reach out to IP Vision and get direction for your intellectual property. 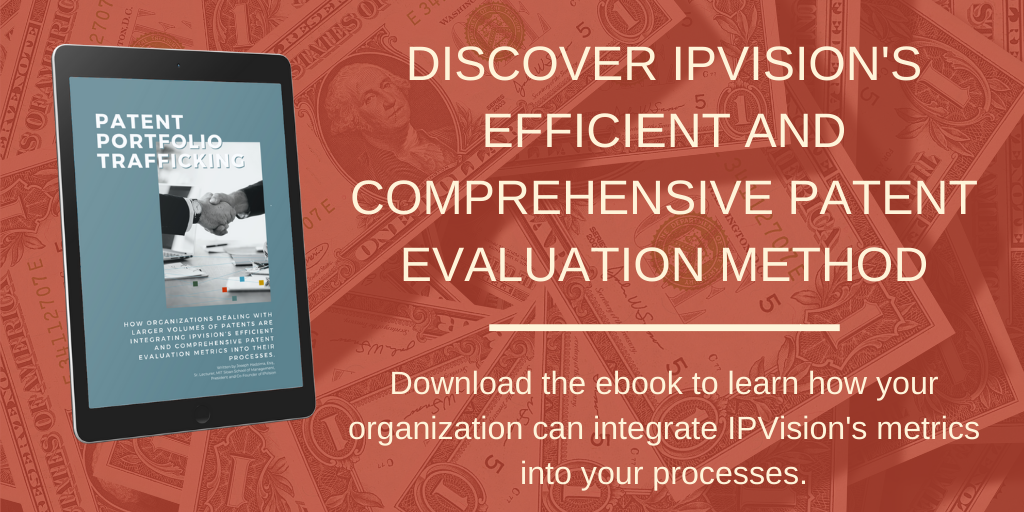