February 2021 Patent News: Getting Better All the Time 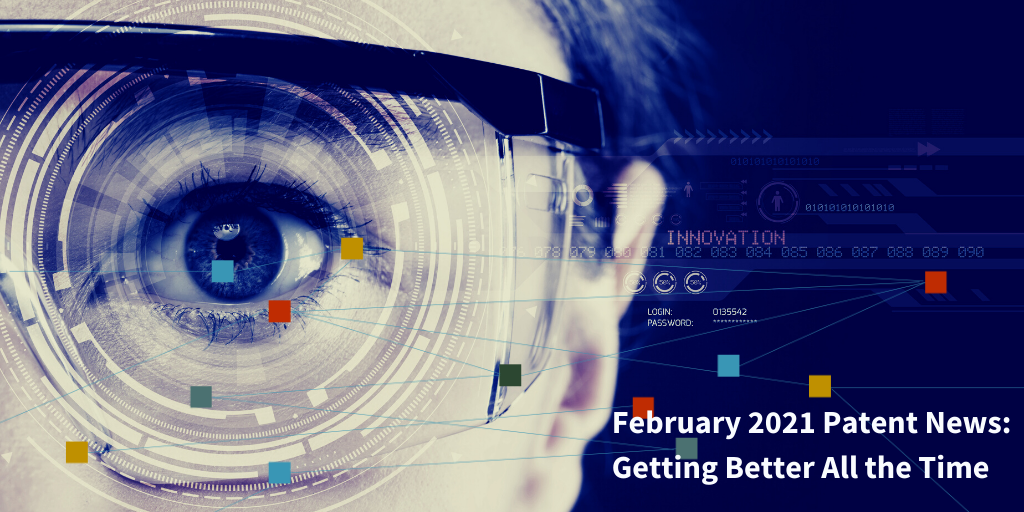 In a world tired of quarantining for Covid-19, many communities are seeing a decline in the members’ general state of emotional well-being. One Chinese company thinks they have just the patented device to heal that, while an American automobile company thinks it could be as easy as sharing a smile. And of course, no one is happy without fully-charged iPhones, so Apple is doing their part for society as well.

Because this pandemic is not over yet, individuals and companies are still trying to do what they can to improve the lives of those affected by it. Ford is now putting their ingenuity to work for the cause of the greater good by developing a patent-pending design for a clear mask that should be as effective as an N95. Officials from the automobile giant believe that clear masks are needed for more effective communication with the help of lip-reading, since 10 decibels are lost behind uncovered masks. Beyond that, Ford feels the world could benefit from seeing each other smile again.

Here’s another company which decided to use its powers for the good of mankind. Imagine curing mental health disease. Now imagine it being as easy as putting on a pair of glasses. Chinese electronics developers from Xiaomi are hopeful for that very outcome from their latest patented device. Their “smart glasses” emit visual and audio cues using magnetic and electromagnetic waves that have been proven to improve blood circulation in the brain. While the actual cure of mental illness has yet to be seen, research has confirmed that similar types of therapy, such as light therapy, have been shown to cause a positive effect on the brain. To capture the benefits of this kind of therapy with an act as simple as putting on eyewear could definitely lead to a happier society.

Patent Filed for Charging Cables from Apple with Increased Durability

For as well built as Apple products can be, their charging cables have the annoying habit of not lasting very long. Because charging cables tend to become frayed at the connection point, something needs to be done about the stress on bending wires near the end of the charger. Apple’s new design would include 3 sleeves of variable rigidity to allow movement in certain areas of the charger, while keeping the wires from reaching their snapping point with the stiffer sleeve coverings. The patent has been filed for this type of charger to work universally among many types of Apple devices. Apple users are hopeful this patent continues to completion. First world problems need solutions too.

This IPVision Patent Interconnection Map shows the 35 U.S. patents granted to Apple over the past 10 years that contain the phrase “strain relief” and the word “cable” in the Title, Abstract or Claims. Apparently, Apple has been thinking about cables for some time…

Whether your IP has been developed for a special niche or for the greater good, don’t you think it’s time to take the next step? Don’t guess your way to a patent, get expert advice for someone who has braved that road many times before. Contact IP Vision and get that patent moving today.