M86Security has filed a patent lawsuit in Delaware against McAfee, Symantec, Webroot Software, Websense and Sophos alledging infringement of two "hostile downloadables" patents owned by Finjan Software. Representing M86Security is Philip A. Rovner of Potter Anderson and Corroon LLP and Paul J. Andre of King and Spaulding.   Finjan was acquired by M86Security in November 2009.  M86Security describes itself as "... the largest provider of Secure Web Gateways and the largest independent provider of Web and e-mail content security in the world. Four leading technology companies have merged to become a full-service, single source provider of Web and e-mail gateway security, encryption and DLP solutions." 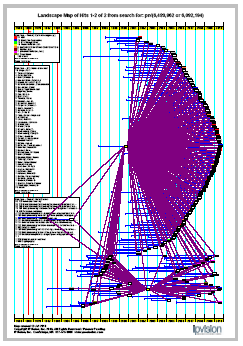 The defendant companies have the following number of patents that cite these Finjan patents as prior patent art: Symantec (19 patents), McAfee (7 patents), Webroot Software (7 patents). Neither Websense nor Sophos have patents that cite these Finjan patents. Other major patent holders that cite Finjan include IBM (17 patents) and Sun (12 patents, which actually is 16 if you include those patents held by HP).

Prior Finjan Patent Litigation and Licensing