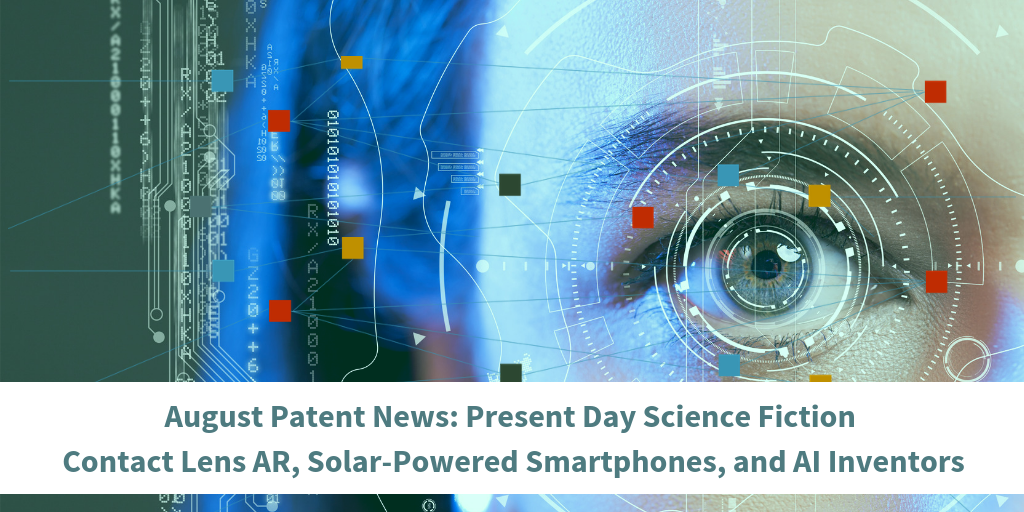 The future is now. Computers are driving cars. Computers are augmenting the reality right in front of your eyes. And your competition in the IP market? Oh yeah, computers. Lucky for you, there are ways around those patents, as the patent board tries to encourage competition around similar ideas.

Dabus is not your typical inventor. As a matter of fact, Dabus is not your typical any kind of person. Dabus is an AI system, currently expecting to receive the first ever patents issued to non-humans. However, due to the UK Inventive Act, which has determined that patents can only be issued to traditional (human) inventors in order to prevent the legal complications arising from corporate patent ownership, Dabus will not actually be the owner of the patents. Instead, Dabus’s inventors will be filing in the name of the AI system. What was it Dabus came up with?

The first design is for a type of food container that is easier for robots to grasp, with an interlocking pattern that was easy for the AI to design.   In the U.S. in order to show an invention is “novel” the inventor is required to disclose to the USPTO all prior art of which the inventor is aware. This does beg the question: does an “AI inventor” have “awareness? Dabus will need to consider the 829 issued U.S. patents or published not yet granted U.S. patent applications that contain the phrase “food container” in their titles or abstracts and which were filed in the past 10 years. The patent examiner is likely to find these in doing a prior art search: 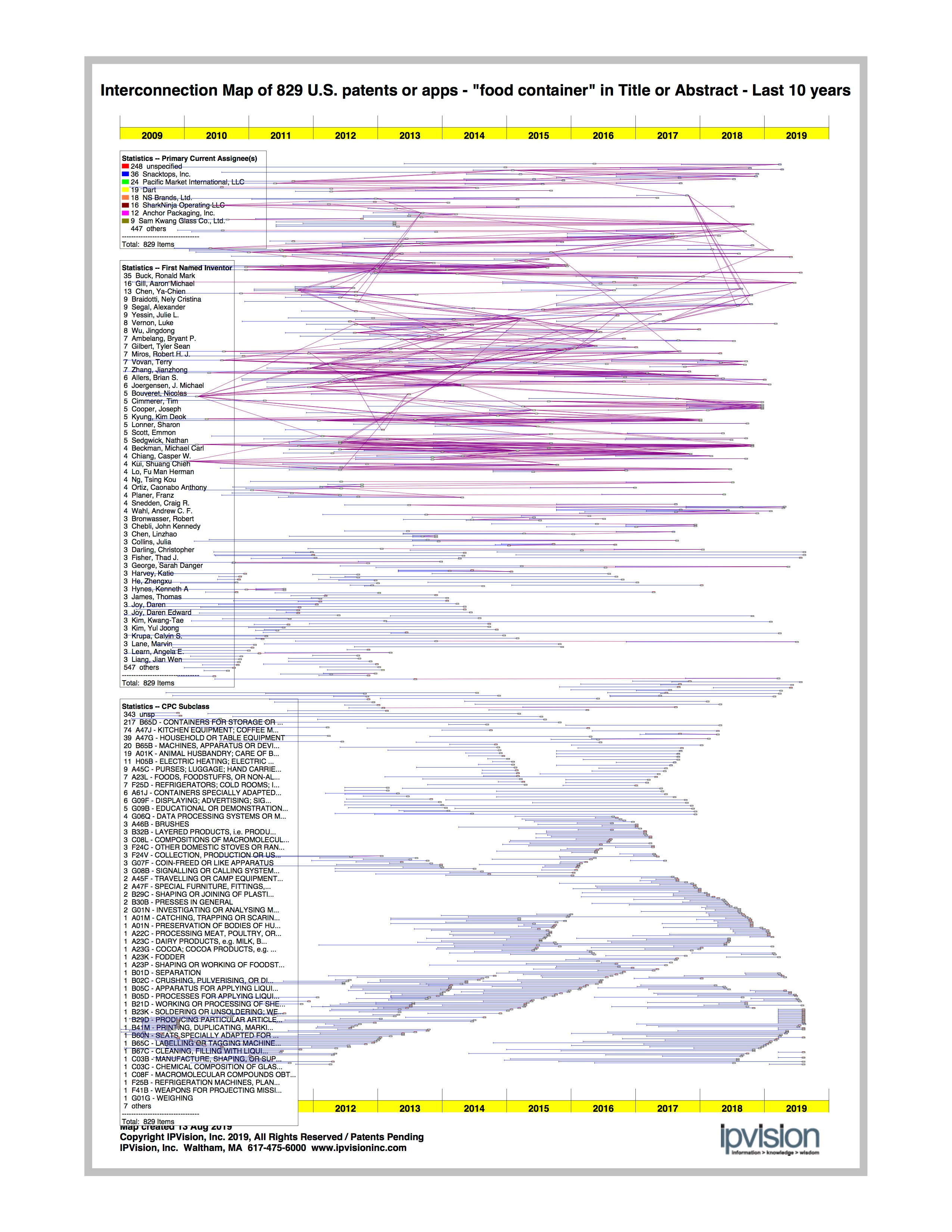 IPVision Patent Citation Interconnection Map of 829 U.S. issued patents or published not yet issued applications with the phrase “food container” in the title or abstract and which were filed in the past 10 years.

The other patent application is for a warning light that flashes in a specific rhythm that is designed to catch people’s attention. Because Dabus was previously engaged in adding noise to artwork, disruption is a specialty of the machine.

The patents will be applied for in the name of the AI, however it remains to be seen if it will be granted as such. If so, the possibilities of AI-created patents could see no end.

You may have seen it in the movies, but now it could become real life. Samsung was just issued a patent for what is being termed “augmented reality contact lenses.” These lenses would work pretty much like the movies have depicted them – showing real life, with computer information overlain. An antennae built into the lenses would enable external devices, such as cameras navigational systems, or other computers to display the information in front of the user to see. Previously, such ideas has been pursued for navigational assistance to pilots. The possibilities with Samsung’s new product, however, could be endless.

These 2 Samsung patents cite 24 previously granted U.S. patents. These are owned by:

It's at least interesting, if not important, to note that Verily Life Sciences is a brand under the Google Alphabet umbrella. Also, speaking of Samsung, during the first 7 months of 2019 the USPTO granted 5,628  patents to Samsung.  Of these, 20 patents contained the word “augmented” in the Title, Abstract or Claims.

The Next Smartphone by Xiaomi

Battery life extension is the target of the smartphone upgrade race, and Xiaomi just took the next step with their Redmi K20. The patent for this new phone, filed in June 2018, will feature a solar panel to reduce the amount of time the phone battery is in use, thereby extending its charged life. Missing from this phone to make room on the back for the solar panel? A selfie camera (a dual camera will be present on the front of the phone), and a fingerprint scanner. Other options could replace the fingerprint scanner, or it could be part of the on-screen display. A lot remains to be seen as this patent works its way to completion. One thing that is certain is that the other cell phone giants will be right on Xiaomi’s tail with solar power.

Technology is moving by leaps and bounds. If you aren’t patenting your IP, someone else could be. Talk to IPVision today to discuss how to move your ideas along.