Amazon Drones for Spying and Not Just Delivery, and Other Patent News

Well, another week, another news report about Amazon patents, but we’ll get to that. First, we’ll look at a few standard IP news stories, with a few words from Ford, JP Morgan, and Tesla. Of course, it’s not a news week if Uber’s not included, too.

First, we kick off with a story that may be a non-story. Only time will tell.

Magic Leap has been drumming up excitement for its new augmented reality glasses since the company was formed in 2014. Some of that excitement is positive, while the rest is filled with plenty of skepticism.

A patent filed in 2015 may have revealed some of the plans this well-funded tech company has in the works. First, the glasses look smaller and more manageable than any others we’ve seen so far. The sleek design includes sound through a small earpiece and peripheral shields to keep vision focused forward.

As exciting as the news is to the masses who’ve been eagerly awaiting the product, Magic Leap says the drawings leaked from the patent filing are not the product they’re currently working on. Because patents take a long time to approve, they’ve continued refining and improving in the meantime. I guess we’ll see…eventually.

The Electronic Frontier Foundation—most recently everyone’s hero for smacking down the podcast patent—has no patience for patents on obvious innovations. This becomes clear yet again as they award JP Morgan’s patent for interapp permissions the “dumbest patent of the month.”

Their argument is that obvious patents—meaning innovations that just about anyone could do—shouldn’t be awarded as it chokes the life out of the potential innovation and growth in software development. This particular patent, number 9,747,468, is a “System and Method for Communication Among Mobile Applications.” Or, basically, the one app checks to see if your phone has another app, and then requests permission to use that app.

This is already used with several different applications, especially those that require the use of Facebook to log in or participate in games. How could this patent for technology already in use be patented? Who knows? We’ll see what happens next.

Remember those little toys you had as a kid—the ones that you could knock over, but they righted themselves again immediately? Ford is doing something like that with their latest innovation: the self-leveling cup holder. And honestly, those of us who’ve spilled coffee all over the car on the morning commute are wondering: What took so long?!

It is interesting to note that Ford focused on the cup holder while the rest of the auto-making world has been figuring out how to take the driver out of the equation and still get from Point A to Point B. But, hey, even self-driving cars may hit a bump in the future, and you’ll want this cup holder on that day.

Tesla’s always on the lookout for the most efficient, productive, and stylish way to innovate, and that includes the glue that holds their incredible solar roof tiles onto the house. This latest innovation might just be the key to pushing forward the production, installation, and everyday use of photovoltaic roofing materials.

The new tile adhesive allows for the roofing shingles to be placed in the traditional manner while also continuing to conduct electricity through them. This prevents the need for solar roof tiles to lie flat against the surface of the roof in order to achieve conductivity. 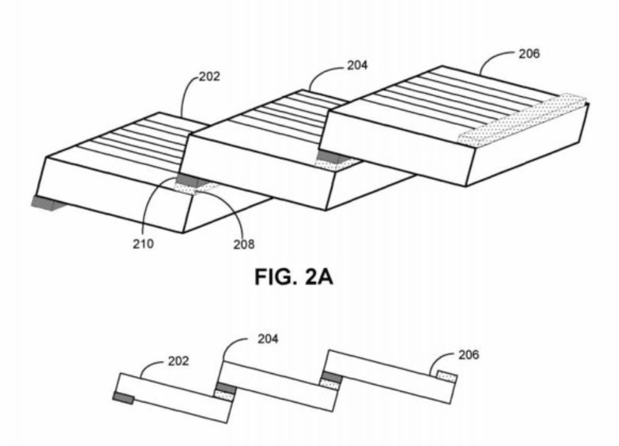 In April of this year, Hailo Technologies LLC filed suit against Uber, saying the ride-sharing giant had infringed upon their patent 5,973,619, which covers automatic car dispatch and payment systems. Because Uber does rely heavily on this type of technology, a loss in court might have crippled them. However, Hailo decided to drop the suit this week.

The patent, which is almost 18 years old, didn’t cover the use of smartphones for ride hailing, which may have been the reason for the dropped case. This now leaves Uber free to face the infringement case coming against Waymo LLC, Alphabet Inc.’s self-driving car unit.

And now, here we are, with news from Amazon on their latest patent for spy drones. According to the patent, the drones used for delivering products to homes could also scan those homes for any data that could be used to help Amazon sell better to the residents inside.

Now, this does sound a lot like spying, but Amazon says they can also provide useful services, like alerting a homeowner if the roof should be repaired or if a tree has the ability to cause damage to the home. Helpful or not, we can’t see the average consumer being okay with data collection by spy drones. Amazon better check with their audience and listen to the voice of the customer before they make any sudden moves.

Keeping Up with Patent News

Keeping up with the latest patent news is crucial to innovation. The knowledge of technology and intellectual property being created every day is what drives your innovation. That’s why we’re always watching what’s happening with companies large and small.

We offer some of the most innovative tools in the innovation consulting industry. And, of course, we’re buy your side through the whole process, from conception, through determining the voice of the customer, all the way to commercialization of your products. If you want to know how that works, give us a call.